The Motions of Religion 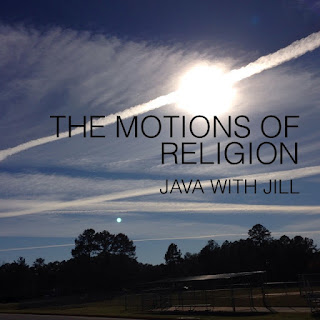 I do not consider myself a religious person. From my years in church, I have learned that religion has man made rules. Christianity is about following Jesus Christ and having a relationship with Him.

God has some rules, you know, the 10 commandments, as well as things Jesus said in the New Testament that we should follow.

BUT (you knew that was coming, right? LOL) those rules come from God. Not man.

During the Old Testament times, after the Jewish religion and culture was established, there were 600 and something rules they had to keep. God only gave them the 10 commandments. So, it’s safe to say that they made up the rest of that stuff.

Jesus even over ruled some of them. For example, on the Sabbath, they were not allowed to work. “Work” even meant that they weren’t allowed to walk very far.

The Roman soldiers would make them carry their stuff from time to time. Just to be mean. They were only supposed to carry it and walk a mile. Jesus came along and said,

Religion says you have to be at church every time the doors are open.

Religion says that you MUST read your Bible and pray every day.

Religion says if you aren’t doing these things you are a horrible person.

God does want us to attend church, and of course He wants us to pray and read our Bibles every day. But not out of obligation… or because someone told us we HAD to.

God wants a relationship with with us.

In a relationship, you have to communicate and spend time together.

In the book “The Battle Plan for Prayer” by the Kendrick brothers, the chapter I read today has an amazing prayer. I want to share it with you:

“Lord, take all of me – my hands, my eyes, my feet, my voice, use all of these gifts You’ve given me so they return to You as clear expressions of my worship, love, devotion, and submission. I so easily lose sight of You, going through the motions of religion. Lord, turn even my posture of prayer into a means of steadying my wandering mind and opening my ears to hear Your voice.” In Jesus name, amen.

Going through the religious motions does not improve your relationship with God.

Living in worship, love, devotion, and submission does.

If you find yourself going through the motions of religion, ask God to help you stop that. That’s not the relationship He wants with you.